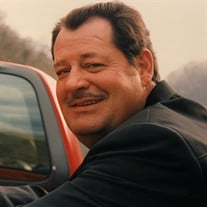 Clinus Ray Hall age 64 of Haysi Va. passed away at home March 6th, 2019. He was born March 20th 1954 to George and Selma Hall. He was preceded in death by his parents. He began his law enforcement career in 1976 with the Dickenson County Sheriff’s Department. He then later served the Town of Haysi as the Chief of Police and then later working as a patrolman for the Town of Grundy. In 1988 he went to work for the Va. Department of Corrections as an officer at the Va. State Penitentiary. Upon the closing of the Penitentiary he transferred to Keen Mountain Correctional Center serving there until his transfer to Wise Correctional Unit in 2006 where he worked until his retirement. He retired on October 24th 2008 after serving 20yrs with the Va. Department of Corrections. He leaves behind: His wife: Loretta Hall Two daughters: LeChelle (Shannon) Senter, and Jennifer Hall both of Clintwood Va. Stepson: David (Krista) McMahan, Sweetwater TN. Grandchildren: Brady, Tucker, Katy, Peydon and Kamden Brothers: Jerry Hall and Levi (Brenda) Hall both of Haysi Va. Sister: Susie Wallace, Haysi Va. and several aunts, uncles, nieces, nephews and cousins Special friend and neighbor: Benny Yates The family will receive friends on Saturday March 9th 2019 at 6:00 pm at Mullins Funeral Home Chapel with a service to follow at 7:00pm. Funeral Services will be conducted Sunday March 10th 2019 at 11:00 am at the Mullins Funeral Home Chapel with Rick Mullins officiating. Burial will follow at The Family Cemetery, Cowpath Rd. Haysi Va. Pallbearers will be: David McMahan, Shannon Senter, Brady Senter, Josh Branham, Jessie Yates, Leroy Hall Honorary Pallbearers will be: Benny Yates, Larry Deel, Larry Viers, Heather Blair, Robert Bailey and the staff of Haysi Drug Center, the staff (especially the nurses) of Dickenson Community ER, and the Nurses and Therapy staff of Norton Community Hospital Rehabilitation Unit. Mullins Funeral Home and Staff are serving the Hall Family. Online condolences may be made at www.mullinsfuneralhome.net.

Clinus Ray Hall age 64 of Haysi Va. passed away at home March 6th, 2019. He was born March 20th 1954 to George and Selma Hall. He was preceded in death by his parents. He began his law enforcement career in 1976 with the Dickenson County... View Obituary & Service Information

The family of Clinus Ray Hall created this Life Tributes page to make it easy to share your memories.

Send flowers to the Hall family.