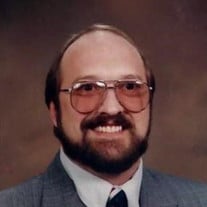 David Scott Short lived life on his own terms and lived very much on Island Time. He loved children, animals, his wife Michele, his parents, brothers and sisters, nephew and friends. He had a very close connection to his grandmother, Grace Shortt and visited her frequently when he worked at the old Mullins Theater. He believed that Todd Rundgren was the best musician and would gladly play songs for you for long periods of time. He wore loud Hawaiian shirts and had a cigarette, coca cola or coffee in his hands most of the time. He read everything: fiction, nonfiction, history, instruction manuals on electronics, medical periodicals, etc... If you were talking on the phone, you never knew what the topic would be or where it would lead. He was wonderful at explaining history: the Roman Empire, World Wars I and II, which group started it, which group was at fault, who profited, who lost and why it happened. He could and would explain why moonshine and marijuana were made illegal and how it benefited business and not the people. He wanted to get a steam powered boat and cruise the intercoastal waterway and wanted to tie helium balloons to a lawn chair and go airborne. He loved convertibles and at one time owned two Volkswagen Things. He boasted that he was the only man in Dickenson County with two things. He loved watching the Star Trek, Deep Space Nine, Star Gate and other space series. He did not suffer fools, thought all politicians were corrupt and did not like his teachers, but seemed to have profited from them. He would stop people in parking lots and start conversations about farming, construction, automobiles or anything they desired to talk about. He had a great sense of humor and made Michele laugh daily. He enjoyed teasing his siblings. On more than one occasion, he got lost while traveling. He was never on time and always late. If he said he would leave at three, it would more likely be ten thirty, if not put off for a day or two. It was more important to discuss the position of the sun in the sky during the different seasons than be in a hurry to go anywhere. His life was full of misadventures: getting lost, missing the turn or finding a great thrift store or pawn shop to explore stereo equipment or musical instruments and staying for hours. His collection of musical old music catalogs, magazines and electronic catalogs was extensive. His inner child thrived. He was the son of Nina Mullins Short and Cecil Carlos Short. He is survived by his wife, Michele Meischeid, sisters, Donna Leftwich and Susan Blansett, brothers, Joe Short and Kip Short, nephew, John Leftwich, niece, Megann Nouard, and great-nephew, Aiden Nouard, all of whom loved him and will miss him greatly. The family will receive friends, Tuesday, June 15, 2021 at Mullins Funeral Home Chapel at 5:00 p.m. with a Celebration of Life service to follow at 6:00 p.m. COVID 19 guidelines will be followed. In lieu of flowers, please donate to a food bank or animal shelter of your choice. Mullins Funeral Home and staff are serving the Short family. Online condolences can be made at www.mullinsfuneralhome.net.

David Scott Short lived life on his own terms and lived very much on Island Time. He loved children, animals, his wife Michele, his parents, brothers and sisters, nephew and friends. He had a very close connection to his grandmother, Grace Shortt... View Obituary & Service Information

The family of David Scott Short created this Life Tributes page to make it easy to share your memories.

David Scott Short lived life on his own terms and lived very...

Send flowers to the Short family.