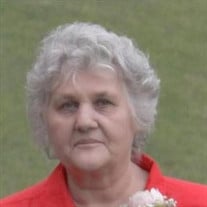 Dorothy Marie Hay, age 73, passed away Thursday, June 24, 2021 in Hickory, North Carolina at her daughter&#8217;s residence. She was born in Bucks County, Pennsylvania and lived in Haysi since the late 1960&#8217;s. She was of the Christian... View Obituary & Service Information

The family of Dorothy Hay created this Life Tributes page to make it easy to share your memories.

Send flowers to the Hay family.