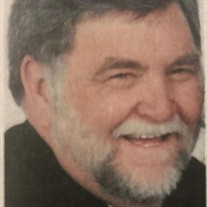 Joseph Howard Tate, age 83, passed away suddenly on Tuesday, February 2, 2021 at Dickenson Community Hospital. Joe was born in Clinchco, Virginia, the son of the late Jennings and Gertrude (Harrison) Tate. Joe graduated from Clinchco High School class of 1955. Being born and raised in Clinchco, he always looked forward to the annual Clinchco Homecoming. He attended Peuther Chapel Baptist Church. He retired from Clinchfield Coal Co in 1992 after 36 ½ years. He also retired from the State of Virginia in 2007 after serving two terms as the Circuit Court Clerk of Dickenson County. He was a member of Clintwood Masonic Lodge #66, having received his 50 year Masonic pin. He was a member of the UMWA District #17 and had held several other elected and appointed positions in the county including the Dickenson County Board of Supervisors. In addition to his parents, Joe was preceded in death by his brother Jerry and wife, Betty; his sister, Jenneth (Sykes) and husband, Fred. Joe is survived by his loving wife of 62 years, Mary L. (Sawyers) Tate; his son Barry and wife, Elizabeth of Big Stone Gap, VA; two grandchildren, Rebecca Tate of Chapel Hill, NC and Zachary Tate of Gray, TN and several nieces and nephews. There will be a private service for the immediate family only in the Chapel of Love Mausoleum at Temple Hill Cemetery, Castlewood, VA with a public memorial to be held at a later time. In lieu of flowers, please consider donations in Joe’s honor to one of his favorite charities: ALSAC/St. Jude Children’s Research Hospital 501 St. Jude Place Memphis, TN 38105 Shriners Hospital for Children Processing Center P O Box 863765 Orlando, FL 32886 Dickenson County Food Bank Mullins Funeral Home and Staff are serving the Tate family. Condolences may be made online at www.mullinsfuneralhome.net.

The family of Joseph Howard Tate created this Life Tributes page to make it easy to share your memories.

Send flowers to the Tate family.