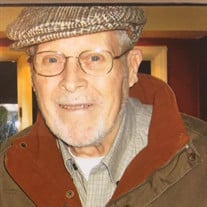 Randall “Tex” Lawler, age 97, passed away Monday, September 28, 2020 at The Laurels in Norton, Virginia. He was born March 8, 1923 in Houston, Texas and had lived in Dickenson County since the early 60’s. Mr. Lawler was a veteran of the United States Marine Corp, having served in World War II and the Korean Conflict, where he was awarded The Bronze Star. He was the first mayor of Clinchco, Virginia having served from 1990 to 2004. He was preceded in death by his wife, Edith Lawler; his parents, Fred Eldridge and Willie Mae Garrette Lawler; his son, David Lawler; and his dear pet, Blackie. Survivors Include: One Grandson: Adam Lawler of West Jefferson, North Carolina Several nieces and nephews The family will receive friends Saturday, October 3, 2020 at 12:00 p.m. at Mullins Funeral Home Chapel. A military graveside service will be conducted at The Phipps Memorial Cemetery, Clintwood, Virginia at 1:00 p.m. Dr. Joseph Fuller will officiate. Burial will follow. Pallbearers will be Brett Steffey, Sam Steffey, Benjamin Steffey, Brian Steffey, Donnie Stacy, David Robinette, and Mike Gulley. Honorary Pallbearers will be Allison Steffey, John Steffey, Harold Dotson, Joe Tate, Phillip Steffey, and Russell Steffey. The family wishes to extend a heartfelt thanks to the staff of The Laurels Retirement and Assisted Living. Mullins Funeral Home and Staff are serving the Lawler family. Online condolences may be made online at www.mullinsfuneralhome.net

The family of Randall "Tex" Lawler created this Life Tributes page to make it easy to share your memories.

Send flowers to the Lawler family.