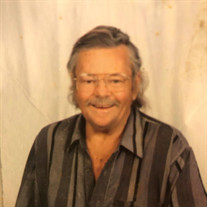 Robert Steve Hamilton, age 65, passed away Sunday, June 7th, 2020 at Hazard, Kentucky. He was born in Dickenson County and had lived in Kentucky since 1980. He is preceded in death by his parents, Chester and Maxie Hamilton. Survivors Include: His... View Obituary & Service Information

The family of Robert Steve Hamilton created this Life Tributes page to make it easy to share your memories.

Send flowers to the Hamilton family.