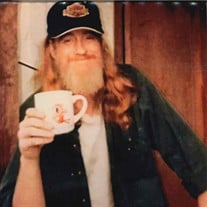 Ronnie &#8220;Red&#8221; Gene Hamilton passed away June 08, 2018 at his residence. He lived all of his life in Dickenson County. He was a former employee of the Wise Technical School and Town of Pound. He was preceded in death by his parents... View Obituary & Service Information

The family of Ronnie "Red" Gene Hamilton created this Life Tributes page to make it easy to share your memories.

Send flowers to the Hamilton family.