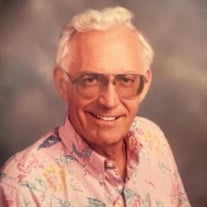 LTC Darrell R. Large, retired U.S. Army veteran, 88, of Honolulu, Hawaii, passed away on Wednesday, September 8, 2021, at Maunalani Nursing and Rehabilitation Center in Kaimuki. Large was born in Dickenson County, VA to Garnet (Mullins) and Hiram Large and raised on Caney Ridge where he used a mule drawn wooden plow to till the hillside garden with his younger brother, Ray. His father was a coal miner who was black listed for signing up fellow coal miners to join the union. Always a gifted speaker, his 4-H club sent him to Chicago to give a speech about a project he and brother worked on together. He graduated from Dickenson Memorial High School in 1952 and then enlisted in the U.S. Army. Later the two brothers married sisters, Rheta and Glenda Hillman from the nearby mining camp of Clinchco, and always said that they had married well. Large completed his education at the University of Maryland with a degree in Military Science, and served in the Army Intelligence Service (now known as the National Security Agency) for 24 years. He retired from the Army with the rank of Lieutenant Colonel. His distinguished military career included overseas tours in Ethiopia, Pakistan, Turkey, Japan, and Vietnam. He moved his family to Hawaii in 1973, and retired at Camp Smith in 1976. Following his military career, Large became a successful Realtor. He and Rheta founded Hale Koa Realty where they served primarily military families. They opened and then managed multiple offices throughout the islands for 17 years. Darrell was recognized by the Hawaii State Chapter of Military Officers Association with the annual Doleman Award in 2012, which recognizes outstanding volunteer contributions. For several years he worked with Angel Network Charities (“The Great Hawaiian Yard Sale”), and served on the board of trustees for the Hawaiʻi Army Museum which he helped start. He also worked with the Republican Party for many years and served as a delegate for the Republican National Convention in 1996. He loved his time volunteering with The Rotary Club of Honolulu, where he helped jump-start the Visitor Aloha Society of Hawaii (VASH) and then served as president for Rotary Club of East Honolulu from 2010-2011. He was a member of the Hawaiʻi Military Oﬃcerʻs Association (MOA) and served as president in 2012. He is fondly remembered by many on Oʻahu for portraying Uncle Sam in local Fourth of July parades from 2004 to 2014. A proud Appalachian who loved his family, Large organized the annual Large/Mullins family reunion from 1988 to 2016 and he held the record for holding the most continuous annual family reunions at the Breaks up until that time. Darrell purchased the old Large home-place where he was raised on Caney Ridge back in the 90s to keep it in the family. He spent his happiest hours working on it with his youngest brother Roger who took charge of renovating it, and planting apple trees with young people from the local 4-H club. Spending time up on Caney Ridge became important to the entire family and it was always considered home. Large spent his last two years of life at the Maunalani Nursing and Rehabilitation Center where he continued to do his best to be of service to those who came in contact with him despite his struggles with Parkinsonism. Along with his wife of 67 years, Rheta Large, Large is survived by his children, Terri Madden and her husband Dan of Honolulu, Linda Young and her husband Joseph Maloney of Ellisville, MO, Jonathan Large of Washington, DC, and Craig Scott Large of Honolulu; his grandchildren, Nikki DeCaires, Carrie DeCaires, Daniel Madden, Beth Burdette-Allen and 6 great grandchildren: Sarah and Julia Burdette, and Evie, Eddie, Lucy, and Izzy Madden. Large is also survived by his beloved siblings, Ray Large of Aberdeen, Maryland, Roger Large of Pound, Virginia, and Sondra Waters of Rockwall, Texas and many beloved nieces and nephews. Darrell was a long-time member of Calvary by the Sea Lutheran Church in Honolulu. He willed his body to the John Burns School of Medicine, and will receive full military honors at the Kaneohe Military Cemetery as soon as his remains are released. A memorial service will be held at a later date. In lieu of flowers, the family appreciates donations directed to the Dickenson County Historical Society. Mullins Funeral Home and Staff are serving the Large family. Online condolences may be made online at www.mullinsfuneralhome.net

The family of LTC Darrell R Large created this Life Tributes page to make it easy to share your memories.

Customized sympathy cards. Mailed for you.